A few days ago, Mrs. Galloway’s 5th period class finally became the first group doing this project to actually finish filming alltogether!!! Now all we have to do is some quick scene editing and putting in transitions on a very handy-dandy computer application that the school has. We’re even almost done with that!

The only thing is that we don’t really know how to incorperate a slide show into the video. That was the other half of the project, making a presentation with a bunch of facts about bullying rates and depression and all that jazz. It was one of the first things we took care of so I never really wrote about it. Mainly Jordan and Claire were in charge of that department and when they completed the slides, everyone took turns narrating them. That was the easy part.

Tell Me, How Do You Feel About This? Cancel reply

This blog is about many topics! Some of those topics are cooking, gardening, photography (That's a BIG one!), reading, school, and lots of other things.
Thanks for looking at my blog. Like and share any posts you want and don't forget to follow me.
Please Enjoy!

What Are You Looking For? 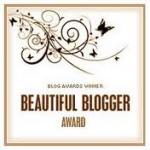 The Art and Craft of Blogging

Fears, worries, and screaming pathos of a college drone

A Day in the Life of Shareen A.
baileydancer117

My blog
Writing: A Conversation Without Interruptions
clotildajamcracker

The wacky stories of a crazy lady.

Poems and stories of love & heartbreak.

through the darkness there is light

Proud to be a sass-mouth!

It's about the journey

The worst thing that could possibly happen to anybody would be to not be used for anything by anybody. Thank you for using me, even though I didn't want to be used by anybody.

slightly cracked observations and unsolicited advice on bending the rules and being yourself...and butterflies

The latest news on WordPress.com and the WordPress community.